How the vehicle developers of the future practice today

For many years, the company from Karlsruhe has been supporting young, automobile-enthusiastic students in gaining experience in construction and racing as part of its "Formula CarMaker" program. With free software licenses, teams are able to continuously optimize their vehicles before and during the season using virtual test driving. During the 2014 season, 113 Formula Student teams and more teams from other IPG Automotive racing series were equipped with CarMaker and IPGKinematics licenses. Next year, too, the company will continue to actively support young developers.

In addition to professional motor sports, there has been an opportunity for students to participate in the development of a racing vehicle and test its performance in various races for the past few years. The Formula Student has established itself as a construction competition for students. In Germany, the Formula Student Germany (FSG) has been annually organized since 2006 by the Formula Student Germany e.V. sponsored by the “Verein Deutscher Ingenieure e. V.” Here, several teams from different universities compete against each other. This summer, 115 teams competed at the Hockenheimring with their racecars in various events. In addition to placement on the track, the construction, business plan as well as required costs are taken into consideration during evaluation.

Corresponding to the current developments on the vehicle market as well as in motor sports, there are also continued developments such as the Formula Student Electric (FSE) in addition to the classic races. Here, solely electric-powered racing vehicles are developed, for instance by the KARaceIng team from the Karlsruhe Institute for Technology, who presented their 2014 season vehicle at the Technology Conference apply & innovate 2014, fascinating the audience.

With the help of IPG Automotive's software, models can be integrated and altered during the concept phase, just as in the development process, in order to be able to test different functions before construction and carry out sensitivity analyses. IPGKinematics is also used for the chassis design. During a later stage, the performance can be analyzed and improved. The possibilities of CarMaker consist of testing different setups and settings as well as precisely observing their effects or optimizing the total lap time.

A virtual vehicle, a virtual driver as well as the virtual traffic infrastructure (streets, racing tracks, objects, etc.) are available for students in the virtual environment. With the graphical user interface of CarMaker, the young designers can easily simulate different settings individually. The results can be monitored in detail in IPGControl, whereas IPGMovie serves to immediately visualize the consequences of setting changes. 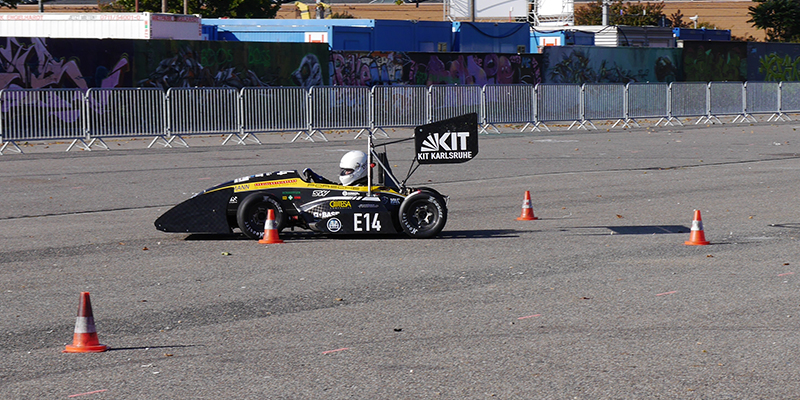